For decades, Asterius has been trying to find material evidence of the existence of the ancient Briar people. He has heard legends of amazing structures, mysterious forces, and artifacts used by their priests, and hints of mysterious circumstances which caused all members of this group to vanish from the face of Aelion.

However, when a group of scientists was exploring the wilderness on Asterius’ behalf, they discovered several ancient, moss-covered dolmens mounted atop a lone hill. All signs indicate that these stone relics were created by the Briar people, which means that Asterius will be able to learn something about the fate of the disappeared tribe. Several days of painstaking work paid off: the researchers found a hidden entrance, but they could not open the heavy door.

Help a God out! Send your Adepts into inky depths to uncover the mysteries of a lost world in the Ocean of Gloom Promotion, active from now until October 8 on PlayStation 4 and PlayStation 5! The most intrepid Immortals will be rewarded with the Chariot of Light, a marvelous new Combat Vehicle with killer attacks! There are also ominous Dark Relics to be earned - read on to find out more! 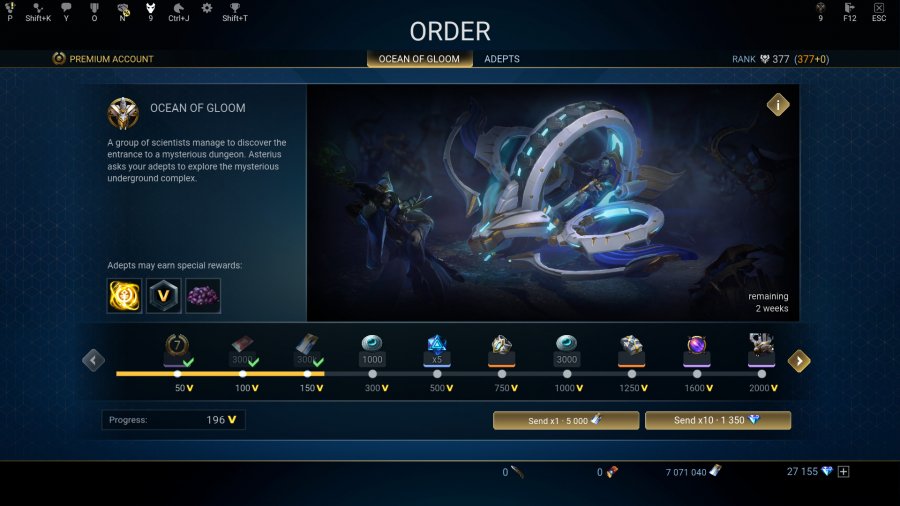 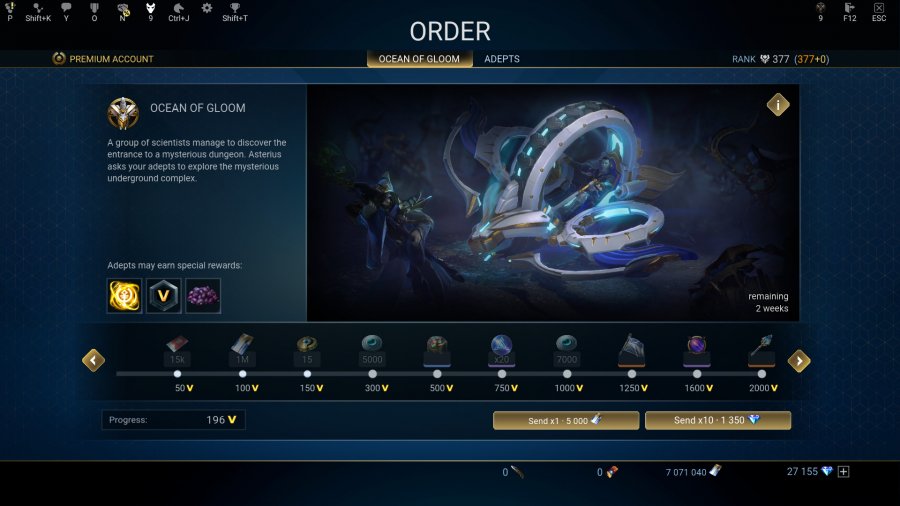 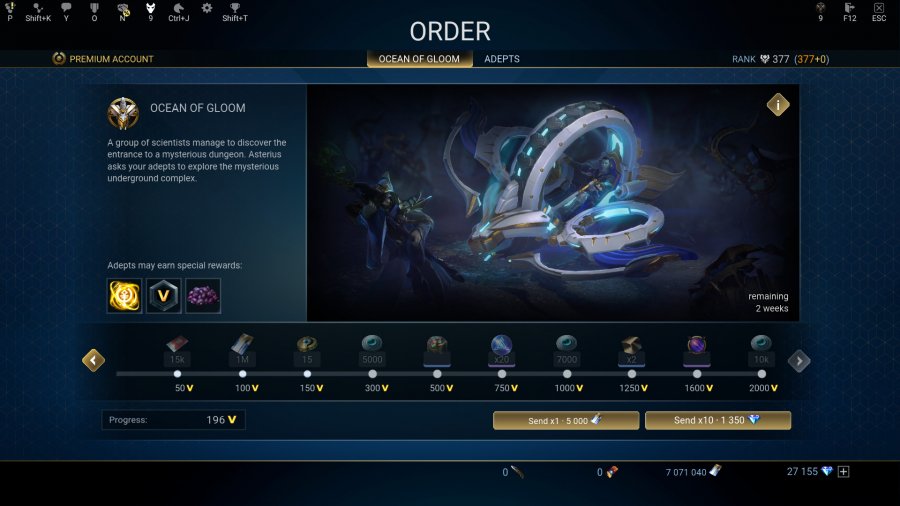 During their expeditions, your Adepts will collect Ominous Seeds, of which 300 can be exchanged for Dark versions of Legendary Relics! These cursed treasures grant amazing bonuses, but they'll also weaken one of your Adept's stats. Use them wisely…

Folio of a Thousand Truths

NOTE: Each Adept can only use one Legendary Relic.

To take part in the Ocean of Gloom Promotion, open the Event interface (access the Order menu on PlayStation).