The Grovewalker is a ranged shapeshifter that uses the power of nature to enhance their magic and bury their enemies. Their weapon of choice is the Tree Staff, but the Grovewalker is more than just a hermit with a stick, it is truly a force of nature.

The Grovewalker is a tank, its main focus being on keeping its allies alive when in a team. However, it is a very formidable opponent alone. 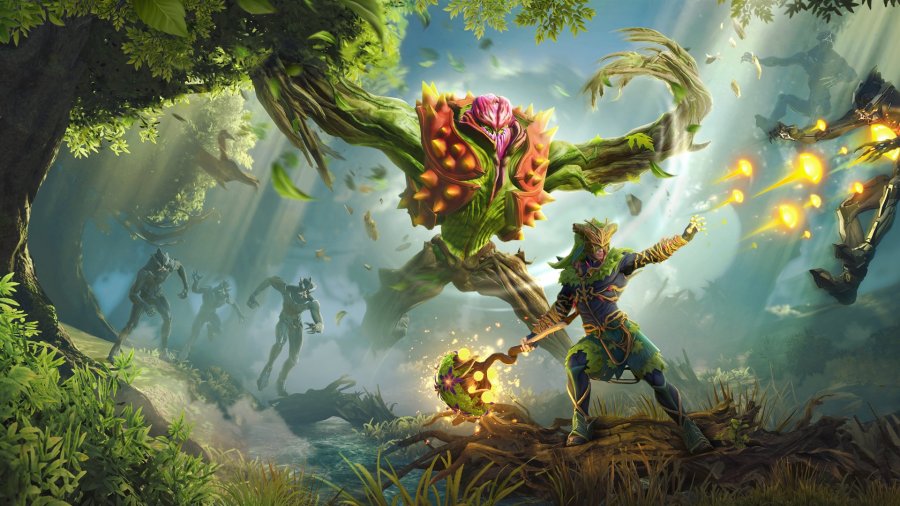 When fighting groups of enemies, the Grovewalker can grab the attention of enemies with Breath of the Forest. This will damage, as well as sow several Diocinia Buds which can then be grown into Diocinia Flowers by using Blooming. These flowers will attack the Grovewalker’s enemies on their own, but the Grovewalker can also infuse them with additional magic, increasing their attack rate and power by using Tessa’s Call, and even turn infused flowers into bombs with the same ability after having empowered them. These bombs spray sharp needles in all directions when they explode.

To maximize the damage from the flower bombs, you can trap enemies with Nature’s Grip, which sends forward living roots to grab, entangle, and lift enemies into the air. If any stragglers remain, become One With Nature, and you will transform into seeds carried by the wind, avoiding all damage and control effects for the duration, while waiting for other abilities to be ready again.

In the event that the Grovewalker ends up surrounded but holds enough natural magic, they can use their Shapeshifting abilities to transform into a powerful Phytomorph using Morph Living Armor. This changes the Grovewalker into a melee fighter and grants them new abilities, as well as significantly increasing their endurance (HP increase and crowd control reduction—does not grant the Endurance stat).

While in this Phytoform, use Throw to attack enemies, but also to quickly jump to enemies that are very far away, then follow up with Deadly Thorns to unleash a flurry of whipping attacks with your vine arms that will damage enemies in an area around you. Go Living Missile or Piercing Strike next to stun enemies while waiting for Deadly Thorns to be ready again. Shield of Thorns is also handy as it returns damage taken to the enemy. If push comes to shove, the Grovewalker can even channel nature’s healing properties with Touch of Life to heal their wounds, and even gain a powerful shield when their Phytoform ends.

TIP: To be able to transform quicker, you can use Sowing to fill up any remaining missing energy you need.

TIP: For near death encounters, use Touch of Life to heal, dismiss the Phytomorph with Reverse Living Armor to gain the shield, and follow up with One With Nature so you can’t be targeted.

The main priority switches for the Grovewalker in a team. It is no longer dealing damage, but helping allies stay standing. Open with Breath of the Forest at the start of each fight, followed by Nature’s Grip to root weak enemies in place for your team. As the Phytomorph, attack with Deadly Thorns to draw the ire of enemies. Living Missile or Piercing Strike will knock enemies off their feet. Any left standing can be hit with Deadly Thorns to ensure they target your hulking form and not your group.

TIP: Change into your Phytoform as quickly as possible to maintain control of the enemy and keep yourself alive. 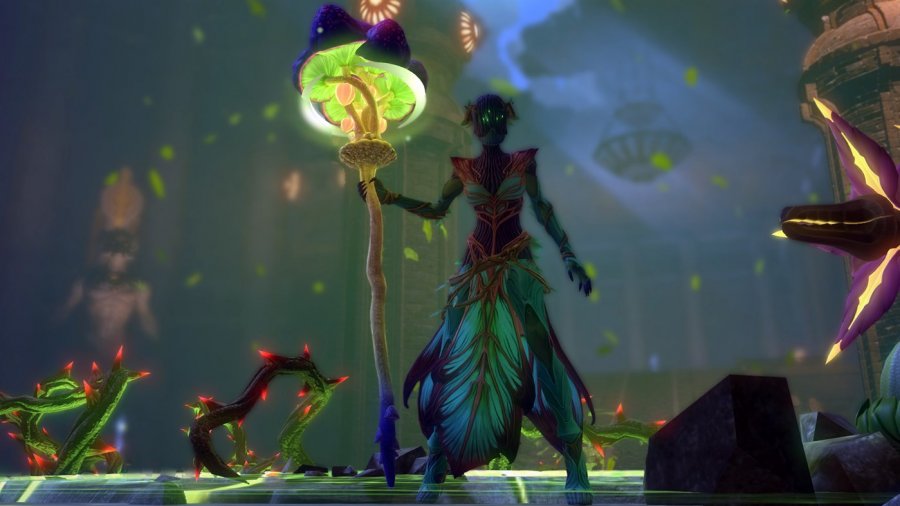 We’d like to thank our community for being fantastic as usual and lending a hand with this guide.