In our next update, Relentless Onslaught, pantheons will be able to continue their battles against the Death Dealers in the D3 Distortion!

This time you’ll find yourself face to face with Melegh – an extremely powerful Reaper. Melegh is a dangerous opponent, requiring careful selection of classes for the adventure. Simply grouping up and devastating Melegh in a short time will not be possible as your opponent is invulnerable to attacks by characters not in the Divine Form and he can only be damaged when in a state of Rage.

During the battle with Melegh, two phases alternate, each repeating five times. This reaper can subjugate immortals to his will. What that means is, be prepared to fight your own allies or, more precisely, their enslaved bodies. After the boss accumulates 4 points of Rage, one member of the group can assume their Divine Form and fight Melegh one on one. 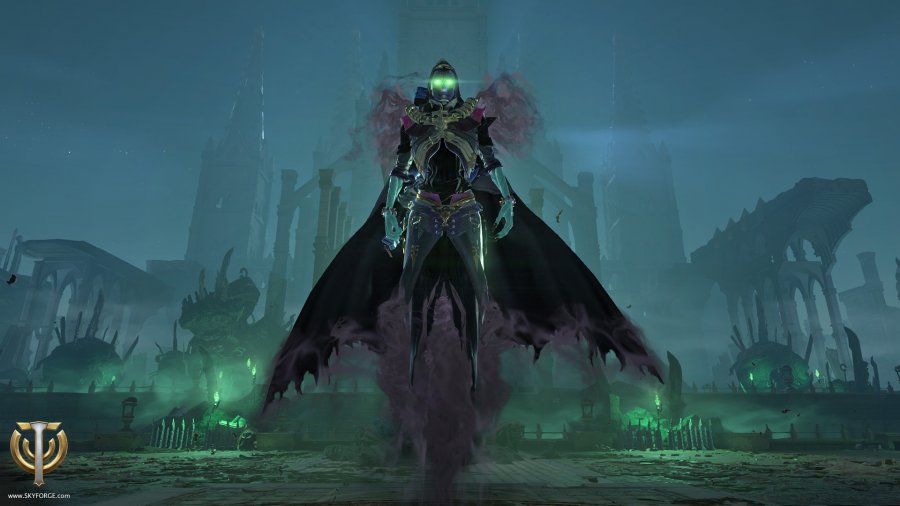 As soon as Melegh has accumulated 4 points of Rage, he throws his scythe aside and starts attacking characters with a new set of abilities.
A player using the Necromancer class can pick up the scythe and, after getting divine form for 1 minute (or until they lower the boss’s health by 20%), start attacking the boss.
While in divine form, characters cannot change class and use special divine abilities.

All participants with at least 565.000 Prestige, 4.400 Tactical Sense, and Divine Form can join the adventure.

We are already working with the developers to find a way to enable as many players as possible to participate in this content. We did this for the past distortions and we hope to be able to provide a similar solution for the D3 Distortion.

Be sure to keep an eye on Skyforge.com for all the latest news & updates surrounding Relentless Onslaught and more!