Nothing says a party like a large collection of numerical statistics! That’s why the Skyforge team gathered a variety of interesting data to display during our duo launch party for Skyforge and Armored Warfare on October 22nd as well as our Halloween party in Paris. While the info isn’t as fresh as it once was, and to help celebrate the release of Journey of the Divine , we didn’t want to hold back all those juicy digits from anyone who was unable to attend!

At the time this data was collected, Aelion had 1,100,000 Immortals inhabiting the planet, the majority of which are spread across 12,439 Pantheons! In addition, clearly proving its dominance, the only class that every player has used at least once is the Paladin with the other starting classes tailing very close behind. 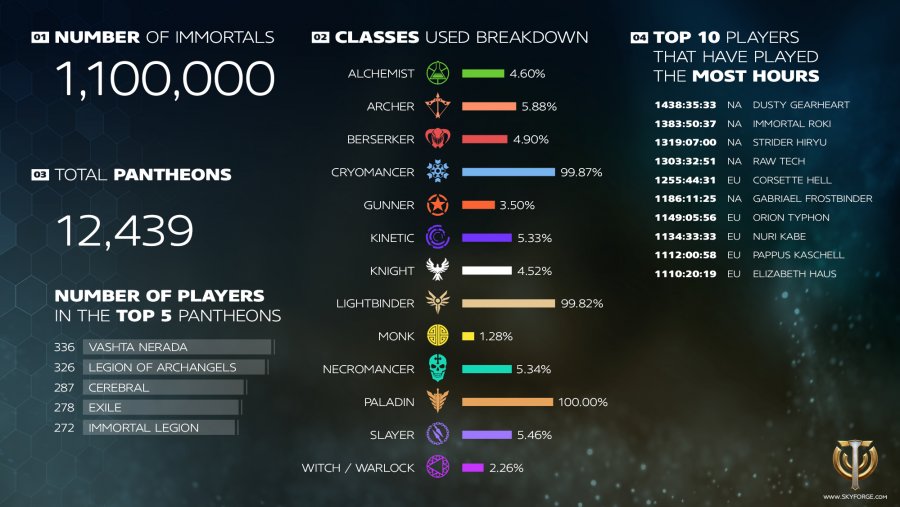 Moving deeper into the provided data we discover that Aelion’s protectors have certainly been busy, having defeated over 2.9 billion PvE enemies since the start of Open Beta! Distortions are no stranger to our mining as we discover the fastest times of the A3 Distortions saw the European server come out on top with a time of 8:45 compared to North America’s 14:33! 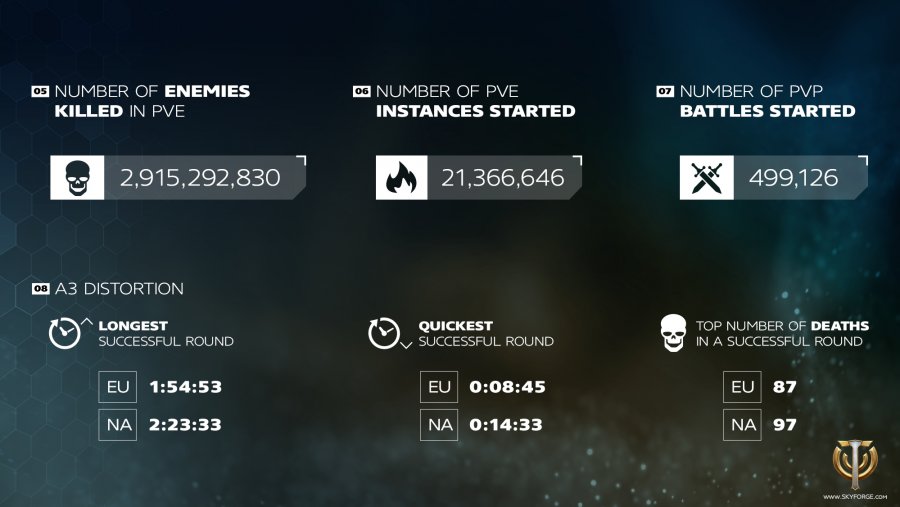 This is merely some of the interesting data we’ve pulled from the game and we certainly hope to do this again in the future. Do you have any fun statistics you’d like to see added to an infographic? Let us know!

Sign up & Play Skyforge for free now to make your own mark on Skyforge’s records!

Journey of the Divine: Symbols & Rewards